If you’re familiar with Downtown Orlando, then you’re well-aware that the Star Tower Condominium is at the top of the list for high-class residences in the area. Developer, Steve Kodsi, took what he learned from his experience developing the neighboring condo, The Sanctuary, and applied it to the Star Tower. Both buildings feature luxury finishes, top-of-the-line appliances and spacious floor plans. But that’s where their similarities end. 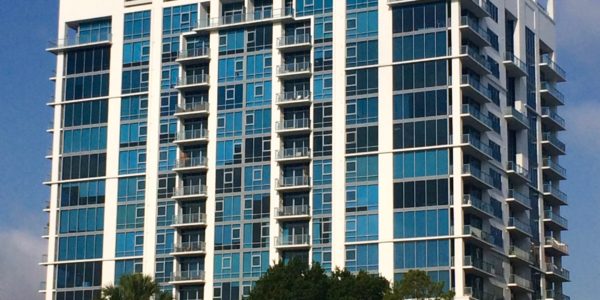 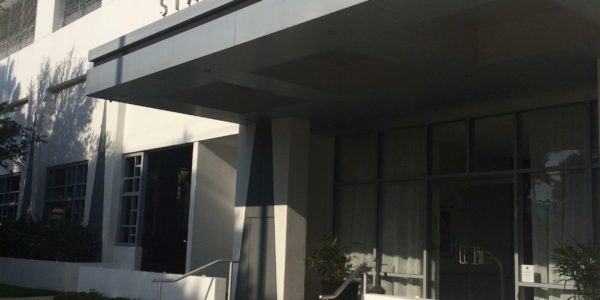 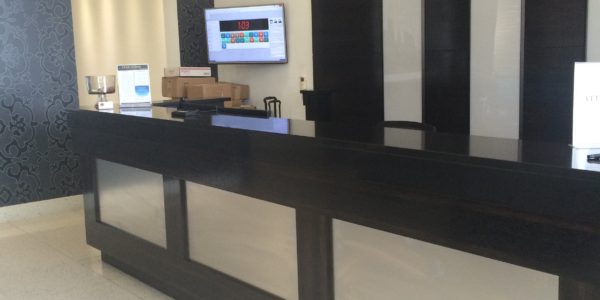 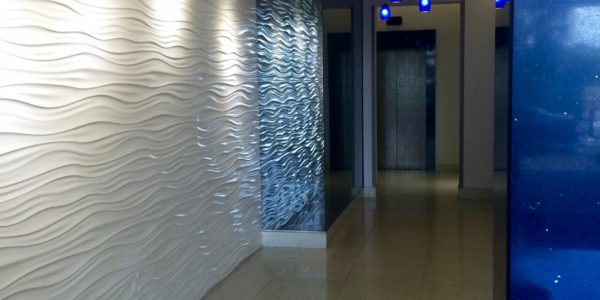 From the exterior, the Star Tower is a modern masterpiece on Downtown Orlando’s skyline. It’s not the largest or flashiest building in town, but its cool, blue sleekness will certainly attract your attention. Upon entering the Star Tower, you will be greeted by a member of the management or security team that mans the door 24/7. The Star Tower is decorated with a very literal emphasis on stars and outer-space. Nearly everything is a shade of blue or sparkly white. The modern light-fixtures, patterned wall paper, and minimalist-style décor give the Star Tower a very unique and fresh personality. The Star Tower is arguably the most modernly-decorated building in Downtown Orlando. If this is your style, then you’ll certainly appreciate all that Star Tower offers. If you’re a bit more old-schooled, then this building might strike you as being a tad on the cold and impersonal side. Modern design is nice to look at, but when it comes to living in it, some would prefer comfort over appearance. 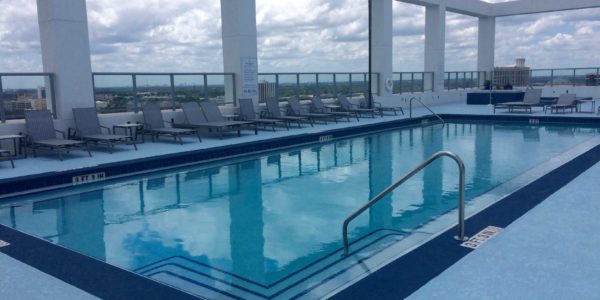 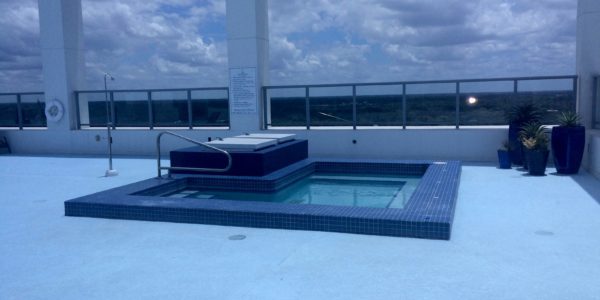 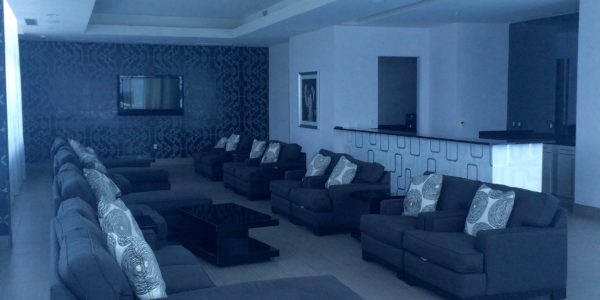 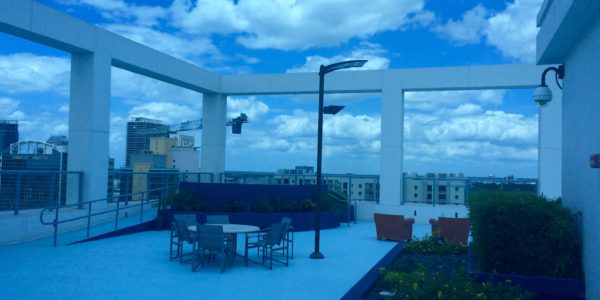 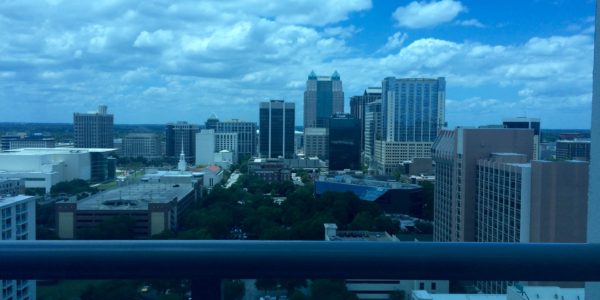 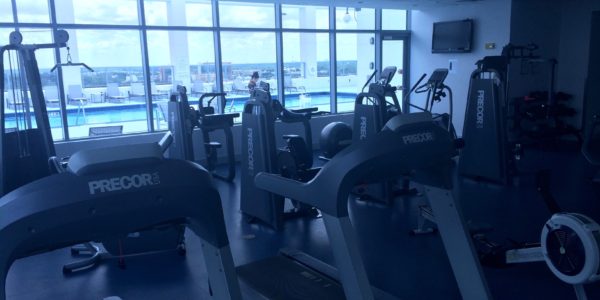 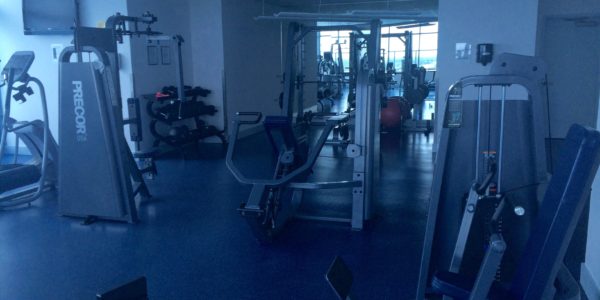 The rooftop amenities at Star Tower feature a very large club room, stunning pool and Jacuzzi, a Zen garden, and fitness center. With over eight couches and a giant kitchen area, the club room could easily accommodate a very large gathering, or half the building’s residents! The fitness center has a nice assortment of cardio and circuit machines as well as free-weights. The Zen Garden / Observation Deck, is quite spacious and has breathtaking views of the city. And the standout amenity at Star Tower is undoubtedly the rooftop pool. The Star Tower is one of only three buildings in Downtown Orlando that have a rooftop pool. (Aspire and SkyHouse are the others). Amazing views, unobstructed sunlight, and a nice breeze make this pool one of the best places to spend a lazy weekend. 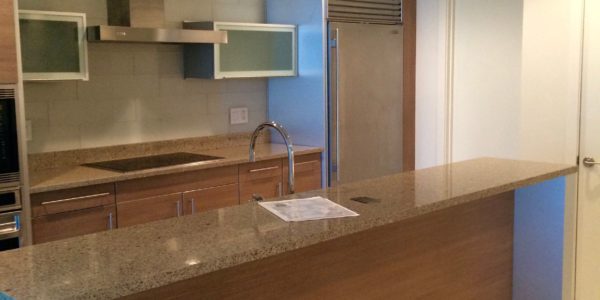 Units at the Star Tower are adorned with the finest finishes and state-of-the-art appliances. The kitchens come standard with SubZero refrigerators and Wolf ranges. The extra-large floor plans, 10-foot ceilings, floor-to-ceiling tinted windows, and light color-scheme throughout give the units a fresh and airy feel. And for those who struggle with minimalism, Star Tower has provided you with ample storage space within each unit. There’s a storage closet for the washer and dryer, a pantry in the kitchen, a linen closet in the bathrooms, and large walk-in closets in the bedrooms. The only thing that seems to be lacking in size are the balconies.

Located on South Osceola Ave., between Mariposa St. and Jackson St., Star Tower is just a few blocks from Lake Eola and Thornton Park. Star Tower is surrounded by the Osceola Brownstones, 420 East Apartments, and the future location of 520 East Apartments. As development in the South Eola District continues to expand and new restaurants and retailers start to pop up, Star Tower’s location will become more and more ideal.

Nearly a decade after Star Tower opened its doors to residents, it is still in the early phases of establishing an identity and sense of community. Over the past few years the homeowner’s association has been focused on improving the resident’s lifestyle by adding conveniences like community grills, tables, and a building automation system.

And the Consensus is…

If you’re still wondering if Star Tower is the right home for you, just ask one of the current residents. They’ll boast about the building’s exclusivity and modern luxuries that are unique to Star Tower. They’ll tell you how friendly and respectful their neighbors are and how quiet the building is. So if you’re looking for an up-scale, modern place to live that has quiet neighbors, fancy amenities, and a convenient location, then Star Tower is the building for you.