A Bit of Orlando History

The Waverly on Lake Eola is one of Downtown Orlando’s most iconic high-rise buildings. In 2001, the developer, Zom Inc. went out on a limb when he sought out to construct the first luxury high-rise apartment building in Downtown Orlando. You heard me right, the impressive condominiums at The Waverly started out as apartments! And the rents were higher than the downtown area had ever seen.

Just over a decade ago, Downtown Orlando’s skyline looked a lot different than it does today. Shortly after The Waverly’s 230-units began leasing, several new developers came to Downtown Orlando with a mission to transform the city center into a residential mecca.

In amidst the housing boom in 2003, with interest rates dropping and home sales on the rise, The Waverly developer embarked on yet another risky project to convert the successful luxury apartments into condominiums. By this time, condominiums such as The Sanctuary, Eola South, The Jackson, and 55 West were beginning to take form. Fast-forward to today, and The Waverly remains one of the most desirable condominiums in Downtown Orlando.

Residents at The Waverly unanimously cite the “perfect location” as the building’s greatest asset. Situated right in between the Church Street bar scene and the laid-back Thornton Park Neighborhood, The Waverly’s location is hard to beat. Did I mention they have a Publix across the street and Lake Eola in their front yard?

The Waverly on Lake Eola was constructed at the same time as Zom Development’s sister towers in Miami – The Waverly at South Beach. Orlando’s Waverly has a very apparent “Miami” influence. Its impressive water feature in the front lobby, cool blue and teal colors throughout, and poolside cabanas make residents feel like they’re at a beachfront resort. 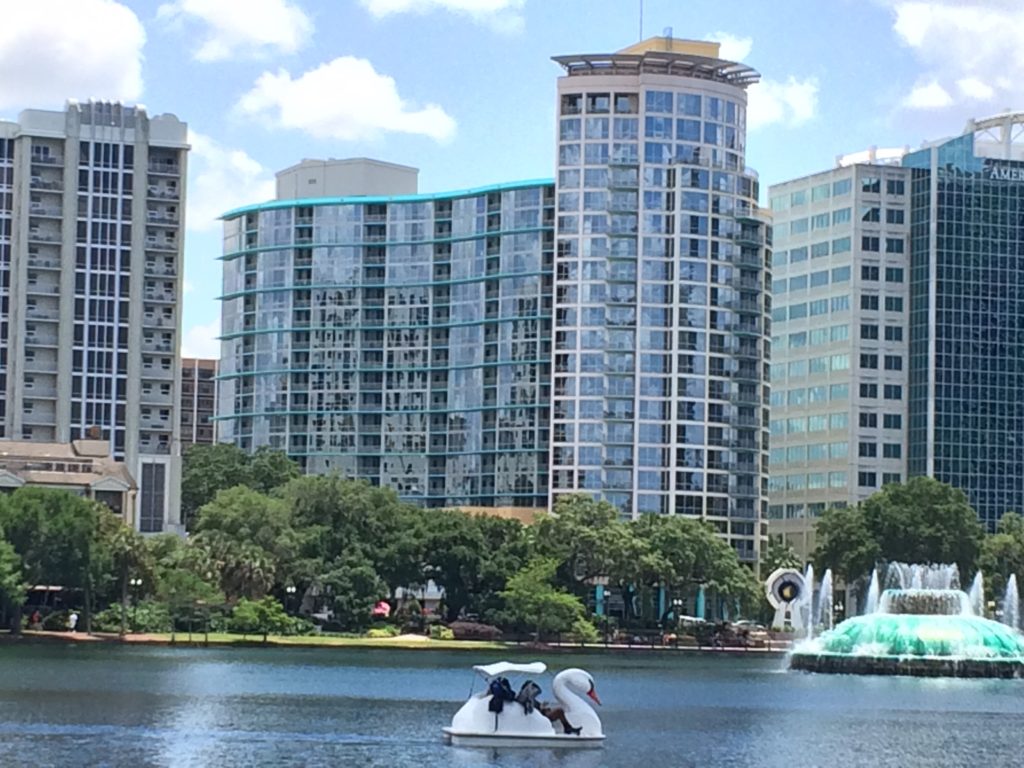 The units themselves have a bit of modern flare, but not quite as much as you’ll see in some of the newer condominiums. The views on the other hand are timeless. The most stunning views at The Waverly are from the “tube units” (end units 1, 2, 3 on each floor). Oh, and the view of Lake Eola from the 5-bedroom Grande Penthouse on the 23rd floor isn’t too bad either.

Residents at The Waverly tend to agree that the building is well maintained, incredibly safe, and the front desk personnel are very friendly. One of the few recurring complaints seems to be noise from neighbors due to thin walls. But with that being said, nearly every past and current Waverly resident I’ve spoken with gives their enthusiastic recommendation to prospective residents.

One thought on “The Waverly on Lake Eola – Review”