There’s a lot of debate as to the proper environment to raise children. The general consensus for years has been that the suburbs are ideal and downtown/city centers are not. But times are changing and younger parents are redefining what is socially acceptable.

First, let’s break down the criteria. The ideal environment to raise children has the following:

Now we can take a look at how Downtown Orlando stacks up.

If you go by the Florida Department of Education’s grading system for public schools, Downtown Orlando isn’t such a bad spot to be. Hillcrest Elementary and Howard Middle both received “A” ratings and Edgewater High received a “B” rating in 2015. And if you’re not convinced that the 32801 area code has the best public schools, then there are also a number of private and charter school options. Lake Highland Prep (Pre-K through 12th Grade) is one of the top private schools in Central Florida – and its located right Downtown.

Safety is a rather vague criterion. In today’s time there is no absolute when it comes to safety. Random acts of violence can happen just about anywhere. Crime rates are higher in heavily populated areas, but that doesn’t necessarily mean you are at a higher risk. And if you choose from one of the downtown residences that are recommended in Best Downtown Orlando Condos for Families, security really shouldn’t be a concern when you’re at home. Security cameras, lighting, park improvements and an increased police presence have transformed the once un-safe Lake Eola Park into the most cherished hangout spot for Downtown locals.

Lake Eola Park is kid-friendly. There are large open spaces to play, a playground, and regular events, like MOVIEOLA.  There’s the brand new Dr. Phillips Performing Arts Center. Downtown Orlando is home to Florida’s largest Public Library. There’s a YMCA, Skate Park, movie theater, and the Orlando Science Center. There’s the Amway Center and Camping World Stadium, where you can go to watch a local sporting event or Justin Bieber. And speaking of sporting events, Orlando is home to the Magic, Orlando City and Orlando Pride Soccer, The Solar Bears, and The Predators. There are churches, daycares, and every type of restaurant imaginable. There’s The Pop Parlour, Menchie’s and Mochi Frozen Yogurt for an after-dinner treat. 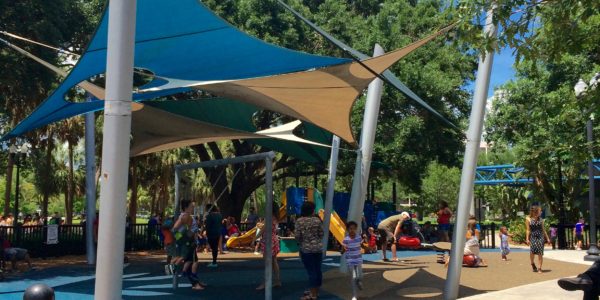 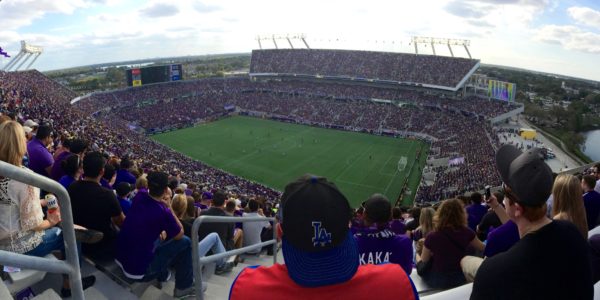 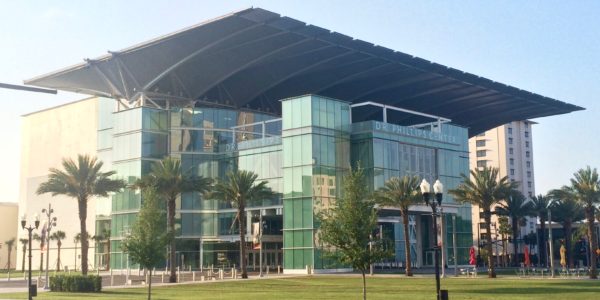 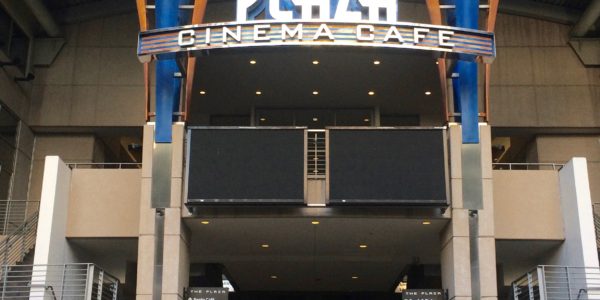 Other Children and Families

With all of the local events and kid-friendly activities right in your backyard, you don’t have to go far to find other families. Downtown Orlando has become a centralized meeting place for families. Now that Downtown Orlando offers so many family-friendly conveniences, it’s easy to see why parents are opting to live here too.

If you are looking for single-family homes, Lake Eola Heights and Thornton Park are the neighborhoods to focus on. These quiet communities are right on the edge of Downtown Orlando. They offer downtown convenience and suburban comfort. If you want maximum convenience, then focus your attention on the condominiums in the South Eola District. Continue reading to see which downtown condominiums Orlando Condo Critic recommends for families.